The Dangers Of Smoking On Health


How Can Smoking Hurt Your Health ? 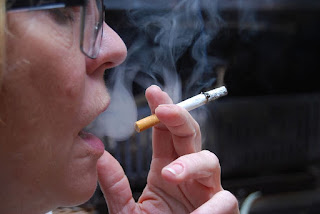 Smoking is undeniably one of the worst habits a person can have in their life. According to statistics, more than 1 billion people of the world are smoking tobacco even though it's extremely harmful for their health.

In fact,smoking tobacco kills more people each year than drugs,accidents and alcohol do and it affects nearly every human organ.

In fact, a smoker is considered to live at least 10 years less that someone who doesn't smoke. It contains thousands of chemicals that have destructive health effects from smoking risks. We describe each one of them below.

What are exactly the dangers tobacco causes to our health?

First of all, smoking is the number one factor that causes various types of cancer. Lung cancer is the most common one. Furthermore,tobacco has negative effects on your blood circulation and specifically blood flow to your heart, This means increased chances of getting a stroke, a heart attack and many dangerous heart diseases. It also damages your lungs, worsens already existing respiratory disorders and reduces fertility for both women and men. Lastly,smokers are proven to die young. And let's not forget about appearances • tobacco leaves on you an awful smell that can be disturbing for people who don't smoke.
Lately, there has been a rise of people giving up smoking to vaping. The act of vaping is inhaling an aerosol,which is produced in an e-device, by heating a certain liquid. In fact, vaping is starting to cost tobacco companies big money as more and more people choose to try it in order to benefit their health. Researches have shown that almost 50 billion vape nowadays, with the number increasing day by day. Why is that? The reason behind the rise of vapers is the fact that studies have shown that e-cigarettes have a great number of advantages when set side by side with the traditional way of smoking. Below is a list of the most significant ones.

Compared to tobacco, vaping has a certain number of health benefits:

•Vaping has been scientifically proved that it's less harmful than smoking in the long-term
•you can control the amount of nicotine dosage
•it comes in many flavors
•it's affordable
•it's ready for immediate use,whenever you want
•it doesn't have a bad smell
•it satisfies your desire to smoke quickly

Taking all of this into consideration, all people need to come to the realization that every kind of smoking is bad and harmful. It poses a great number of threats with death being the most important one. It can cause you cancer, health problems, destroy every one of your organs and have a negative effect on your appearance. The sooner you realize how destructive smoking tobacco is,the better. However, if you find it extremely hard, even impossible to quit it, you should at least,swift to vaping. It has been scientifically shown that it's less harmful for you and it's use opposes less threats to your health.
at January 09, 2020